How To Distinguish Between Planned and Unplanned Cities 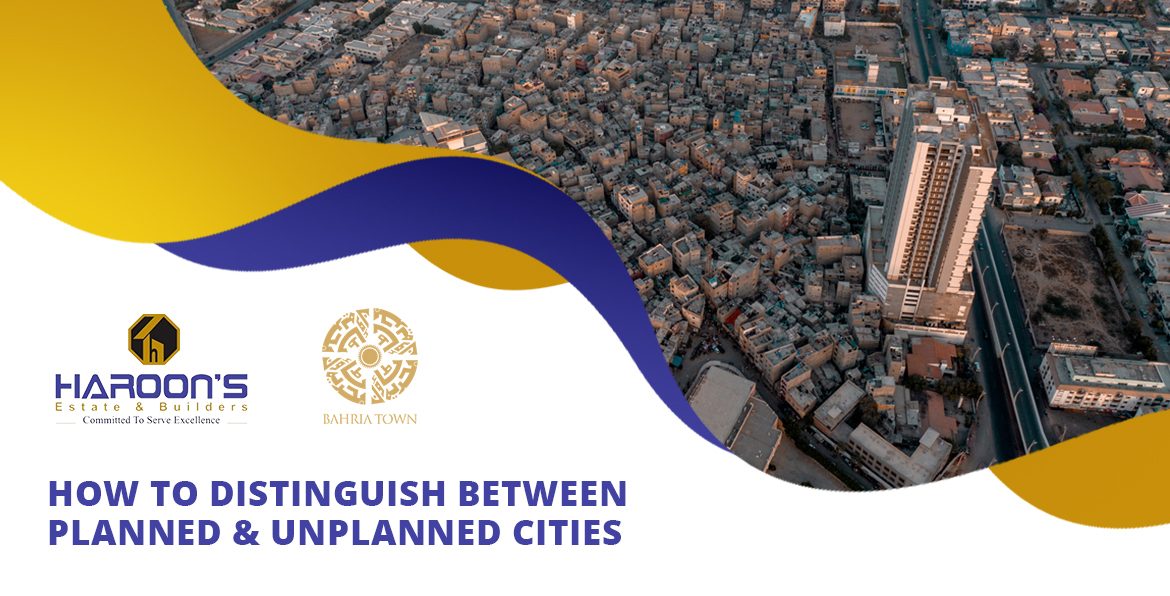 Real estate is one of the best ways for anyone to make sure that their money is safe. It has been called one of the safest investment and it is also an industry that hasn’t seen a drastic fall in its market for decades.

Real estate is different for every city and country. Some countries have cities that are planned. Planned cities are distributed into towns and those towns have housing schemes and societies. As there are proper area management and equal distribution of land among districts, everyone gets equal services such as clean running water, uninterrupted electricity, roads, and plantation among other benefits. Bahria Town is a great example of a planned project, with many amenities and areas distributed equally with equal amounts of houses and apartments. A great place to live a luxurious life.

Unplanned cities on the other hand face problems in some of these areas. Firstly unplanned cities are also divided into towns but their distribution is not even and some towns are much bigger than others. Now when an area is much bigger than other areas in a city, it suffers as the city pays each town’s district equally and on a limited budget it gets harder for people who are supposed to make that town better work. Unplanned cities also suffer from a lack of information about their residents. Many people in unplanned cities are not fortunate enough to be able to buy apartments or houses. These people then settle for the next best thing that they can afford, that would be so-called houses in slum areas. These houses are unlike houses, these barely shade with some walls, and sometimes these slum areas stretch for as far the eye can see. Most of the people that live in these areas are never brought to the light of the districts, many people who can do something for these people aren’t even aware of the living conditions of these people.

Another issue with unplanned cities is the lack of resources in most areas. As the towns are not equally distributed, every town uses different amounts of electricity, due to which load shedding becomes another problem. Clean water can also be a scarce thing to find in many areas and areas that do have it, the real estate property on those areas skyrockets as people are willing to pay more for a necessity that they should be getting for free. Other issues might be no proper way of communication between district members and residents, lack of infrastructure in most areas, premium price tags on basic necessities.

Now the question that arises is that if unplanned cities have so many problems, why are their unplanned cities in the first place. Well, the truth is that changing an entire city is a lot of work and no one is willing to take such a step, besides the huge sum of money that will be required to renovate a city, the industries that run in those cities can’t just halt their work. Bahria Town Karachi is an exceptional example of how an unplanned city can still be turned around. It is a small city built inside a larger city known as Karachi and this place has every amenity possible, a place to live a lavish life.

Share this post
Tags: None
PHP Code Snippets Powered By : XYZScripts.com
Open chat
Hello, How may I help you today?
Looking for property consultation.
Powered by